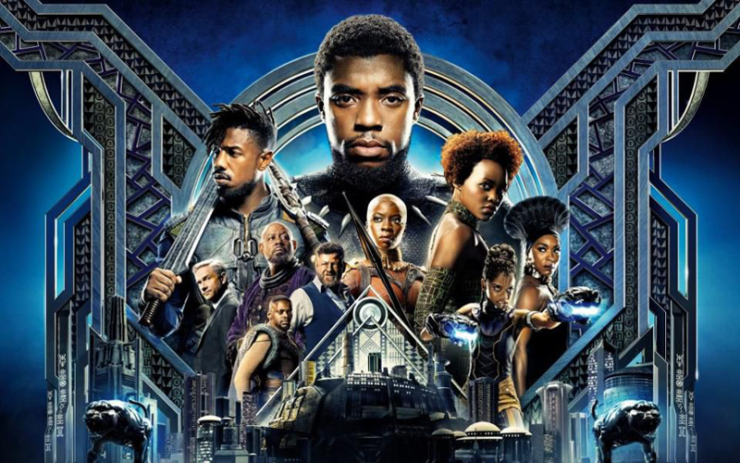 Chadwick Boseman is a Superhero, African King in ‘Black Panther’

Chadwick Boseman is a Superhero, African King in ‘Black Panther’

It makes sense that Chadwick Boseman is starring as Black Panther in Marvel Cinematic Universe’s latest offering. Previously, Boseman played some incredibly influential African American icons in blockbuster biopic films: Jackie Robinson in “42,” James Brown in “Get On Up,” and Thurgood Marshall in the “Marshall.” The difference with “Black Panther,” though, is that the highly touted actor now gets to play T’Challa, a fictional leader from the state-of-the-art African nation of Wakanda. Black Panther is T’Challa’s alter-ego.

T’Challa first appeared (with Boseman in the role) on the silver screen in 2016’s “Captain America: Civil War,” which led to his return home to Wakanda as the new king in the upcoming “Black Panther” film. According to Boseman, Black Panther is not your typical superhero, “A thing that stood out to me even in the comic books was that he is a strategist; he’s a leader, a world leader. That’s a responsibility that superheroes don’t commonly have. It’s a conflict that they don’t commonly have. He has to look out for an entire nation. Then also consider the nation’s place in the world and how they affect the rest of the world. So I think that’s the main difference between Black Panther and others.”

Boseman, who initially wanted to become a director, graduated from Howard University with a BFA in directing. But the more he studied writing for and the directing of actors, he became one. The “42” actor has found great company. “Black Panther” stars actors with loads of hardware (Oscars, Emmys, Golden Globes, NAACP Image Awards, and SAG Awards). The star-studded list includes Forest Whitaker, Lupita Nyong’o, Angela Bassett, Sterling K. Brown, Michael B. Jordan and Daniel Kaluuya, who just won the Screen Actor’s Guild Award for “Get Out.”

“Black Panther” is the second of five Marvel films featuring Boseman’s character, T’Challa. The first, “Captain America: Civil War” made $1.5 billion at the box office. With Marvel’s loyal audience of comic book and superhero action film lovers and the intense anticipation from African American audiences, this film is expected to do as well.