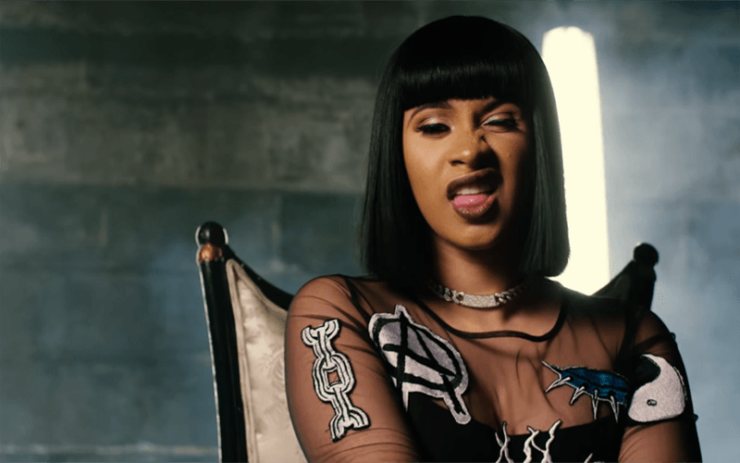 News of Cardi B topping the Billboard Hot 100 charts rippled far and wide. Fans lauded the accomplishment, sensing it was inevitable. Others were left wondering, “Who is Cardi B?” The bombastic Nicki Minaj doppelganger exploded on the scene with the hit single “Bodak Yellow” back in June. Over the banging beat by JWhiteDidThat, which critics seem to give a pass while slamming the Instagram stripper as unfit for leading her own “movement,” she spits, “you in the club just to party/I’m there, I get paid a fee.” The Christian Louboutin stiletto-wearing rapper goes on to say, “dropped two mixtapes in six months/what bitch working as hard as me?”

If art imitates life, there’s no denying she is going hard to craft her future. Cardi B gained mainstream exposure after first appearing on “Love & Hip Hop,” and now has millions of fans. The “Bodak Yellow” video on YouTube has garnered more than 170 million views. Even Janet Jackson is feeling the cut; she used “Bodak Yellow” as a transitional dance track on her State of the World Tour. Some are calling Cardi B a one-hit wonder, but she has made clear she’s “making money moves.” Topping the Billboard Hot 100 charts is but one for the new artist. See for yourself this Tuesday when Cardi B appears on “The Tonight Show with Jimmy Fallon.” The Tonight Show with Jimmy Fallon, NBC, Tuesday, September 26th 11:35 pm E/10:35 pm C.

I really can’t even believe this .Its soo surreal .Like ommmmmmmgggg son this the type of shit you dream about .Thank you Janet Jackson for showing Bodak Yellow some love.Im so happy .

Sterling K. Brown on “The Late Show with Stephen Colbert”

Chance the Rapper on “The Late Show with Stephen Colbert”

Ronreaco Lee on “The Real”

G-Eazy ft. Cardi B on “The Tonight Show with Jimmy Fallon”

Rick Fox on “The Real”

Tyler the Creator on “The Tonight Show with Jimmy Fallon”

Christina Milian on “The Real”

Nischelle Turner on “The Talk”

Richard T. Jones on “The Talk”

Terry Crews on “The Tonight Show with Jimmy Fallon”