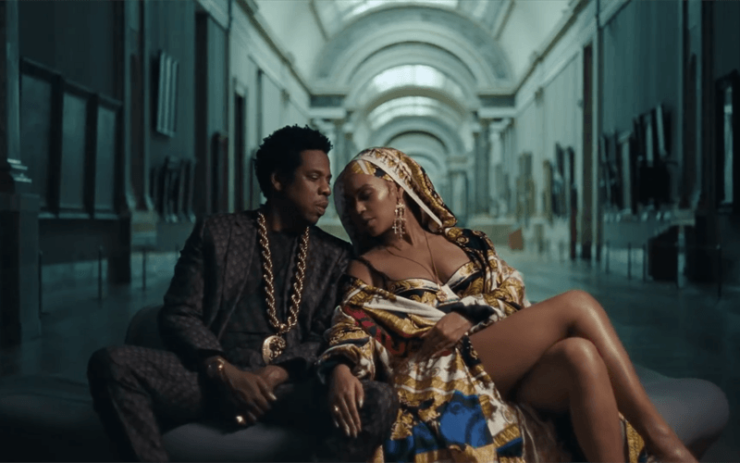 The Carters: Beyoncé and Jay-Z release new album, ‘EVERYTHING IS LOVE’

The Carters: Beyoncé and Jay-Z release new album, ‘EVERYTHING IS LOVE’

Beyoncé has done it again. Well, this time with her husband and partner in crime, Jay-Z. The Carters have released EVERYTHING IS LOVE.

Fans have been anticipating a new album since Jay-Z and Beyoncé announced the On the Run II Tour. And in true Queen Bey fashion, they were not disappointed; the Bey Hive is here for it. The surprise album was released in the early morning hours of Saturday, June 16th on the TIDAL platform only (available June 18th on other streaming platforms).

The album is the proclamation of the power couple’s union. The Carters have come to shut down speculation of rumors of infidelity on this record, they give insight into their lives, and fans also get to hear about plans for Blue Ivy and the twins, Rumi and Sir. Along with family, there's a lot of realness and playfulness in the tracks' lyrics. Like on the hip-hop, beat-laden track "LOVEHAPPY,” Beyoncé croons on the hook like a grown woman singing,

"Baby, the ups, and downs are worth it
Long way to go, but we're workin'
We're flawed, but we're still perfect for each other
Sometimes I thought we'd never see the light
Went through hell with heaven on our side
This beach ain't always been no paradise
But nightmares only last one night."

Plus listeners get to experience Bey's Third Ward swag here, and throughout the album, as she embraces an authentic hip-hop flow. It perfectly compliments Jay's always flawless delivery.

Video: "APESHIT" from EVERYTHING IS LOVE  by The Carters

EVERYTHING comes off as a manifestation of Jay and Bey’s growth and evolution as a union and as artists. Their zest for life drives the album. Here's to the King and Queen of everything!

EVERYTHING IS LOVE  Track Listing: