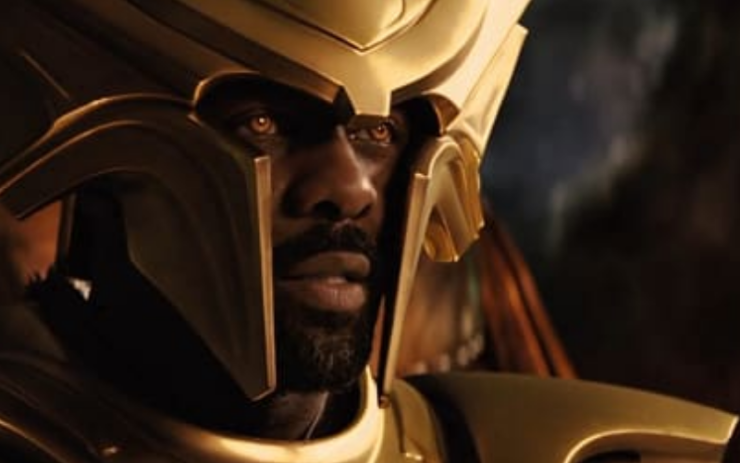 He’s English, he’s smart, and he’s sexy AF, so why is Idris Elba not the next James Bond? Well, Elba is not waiting until Hollywood figures that one out; the in-demand star is creating quite the resume that not only includes acting roles but directing and executive producing too.

Idris Elba has come a long way since playing Stringer Bell in HBO’s “The Wire.” The British born actor is landing diverse roles in notable blockbuster films ranging from action-adventure dramas to superhero films. In his latest film, “Thor: Ragnarok” (in theatres now), Elba plays the golden-eyed Heimdall, who sees and hears everything. In addition to this third iteration in Marvel’s Thor series, Elba currently stars in the drama, “The Mountain Between Us,” with Academy Award winner, Kate Winslet.

Next year, Elba brings “Yardie” to the big screen in what will be his directorial debut. He shared with Variety that he was “interested in making human stories with characters that are either, full of grace or flawed. In ‘Yardie,’ the audience will see a film that hopefully means something to the people. I’m honored to able to shoot it in my hometown of London and as a guest in Jamaica.”

That time Idris Elba landed the cover of Uptown Magazine

Back in the day. Big shout to @uptownmagazine for my Keith Sweat moment….Love

Nikole Hannah-Jones on “The Opposition with Jordan Klepper”

Mavis Staples on “The Late Show with Stephen Colbert”

Donna Brazile on “The View”

Kofi Siriboe on “The Real”

Carla Hall on “The View”

Van Jones on “The Daily Show with Trevor Noah”