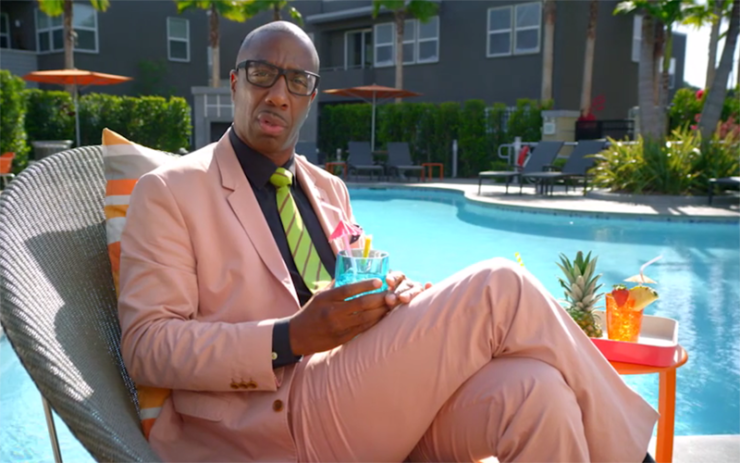 JB Smoove: When the Blacks evacuated from Hurricane Katrina

JB Smoove: When the Blacks evacuated from Hurricane Katrina

The blackest moment on HBO’s “Curb Your Enthusiasm” is when the Black family (surname and race) evacuated Hurricane Katrina to Los Angeles where Larry David is their savior. The Blacks are as cheeky as you would expect New Orleanians to be. Not only do they plant themselves in the “Seinfeld” writer’s home, but they also invite their cousin Leon Black, who is local, to move in for a taste of the good life. Brilliantly played by comedian JB Smoove, Leon becomes Larry’s road dog, his partner in crime. With Leon’s arrival, Larry can now navigate his world of one faux pas after another with the swag of a brother. The two actors are hilarious together.

JB, however, has been quietly building his empire since arriving on the scene in 1995 on “Def Comedy Jam.” From BET’s “Real Husbands of Hollywood” to blockbuster films like, “Date Night” to guest spots on dozens of sitcoms, JB has every form of broadcast covered. And he still finds time to stay true to his first love, stand-up comedy. He is currently touring.

JB Smoove on “Curb Your Enthusiasm“

Ta-Nehisi Coates on “The Daily Show with Trevor Noah”

Thundercat on “The Late Show with Stephen Colbert”

Yvette Nicole Brown on “The View”

JB Smoove on “The View”

Wayne Brady on “The Real”

Whoopi Goldberg on “The Late Show with Stephen Colbert”

Gabrielle Union on “The Daily Show with Trevor Noah”

Shemar Moore on “The Talk”

Redman on “The Real”

Cast of Moesha on “The Real”