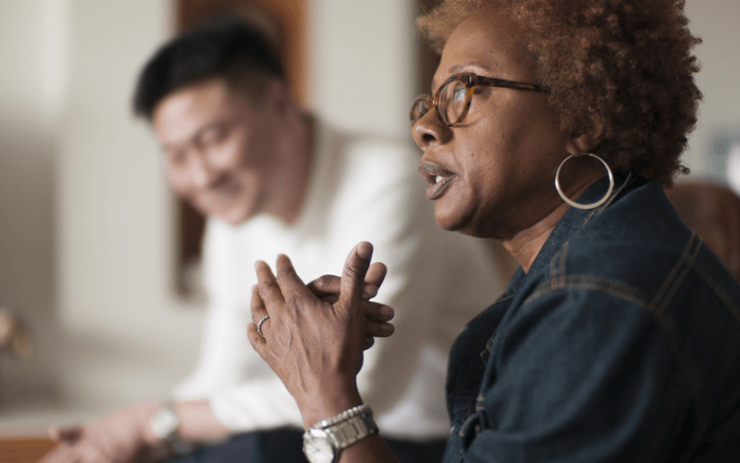 ‘Finding Samuel Lowe’ – How the Chinese got to Jamaica

‘Finding Samuel Lowe’ – How the Chinese got to Jamaica

Finding Samuel Lowe (HarperCollins/Amistad) is a lush tome chronicling veteran journalist and executive Paula Williams Madison’s quest to trace her lineage from Jamaica to the Hakka culture in China. 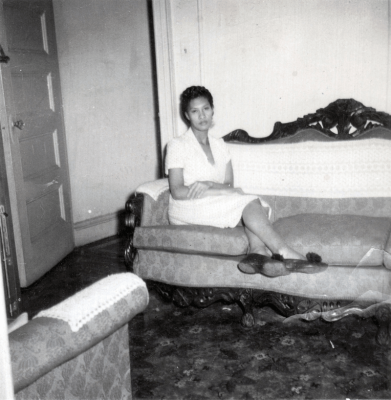 Amsterdam Ave c. early 1950s — Nell in her Harlem living room. Beautiful and brooding is how Paula most remembers her. (Photo Courtesy of Madison Media Management)

The author’s journey of self-discovery begins with her Chinese-Jamaican mother, Nell Vera Lowe, and then blossoms after discovering her mother’s father, Samuel Lowe (Luo).

Like Samuel Lowe, around 22,000 Chinese immigrants arrived in the British West Indies between the mid-to-late 1800s and the 1940s, settling in Guiana, Trinidad and Jamaica first as indentured workers on sugar cane plantations. Later voluntary migration would bring small traders and business owners.

It is estimated today that between 70 million and 80 million people identify as being of Hakka descent; those of Chinese-Jamaican lineage include American Idol’s Tessann Chin, noted Canadian businessman Michael Lee-Chin, reggae artist Sean Paul and models Naomi Campbell and Tyson Beckford. 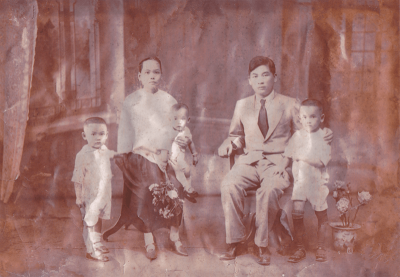 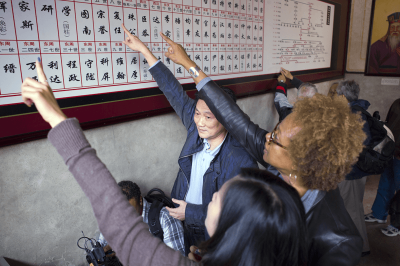 During her search to find and reunite her grandfather’s descents, Madison would learn that the Lowe clan had been in existence for more than 3,000 years – dating back to 1,006 B.C. – and that she was a part of its 151st generation. When she found her mother’s remaining five siblings, there was a notable and poignant acceptance from a family who, despite looking so different, recognized the value and importance of this missing link in the family bond.

“You have to understand where you come from to understand who you really are,” says Madison, when asked what she considered the most important lesson of her search to find the Lowe family. She believes African Americans should not be limited to the slavery narrative and that it is important to gain a complete understanding of the culture’s contribution to civilization. With that understanding, comes a greater sense of value and place.

She is also the former owner and CEO of the Los Angeles Sparks, an acquisition this typically practical entrepreneur admits was fueled by upset over radio host Don Imus’ now infamous racial insult of players on the Rutgers University women’s basketball team. “I rarely make impulsive decisions,” the respected businesswoman recently shared. “But his comments motivated me.” 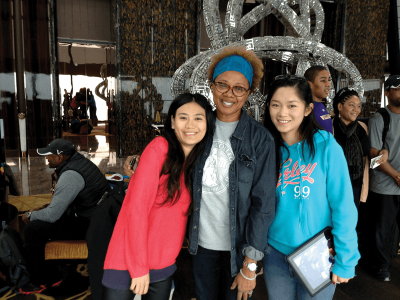 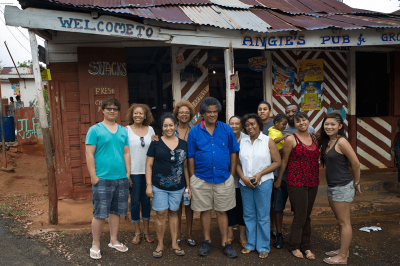 Lowe/Luo Family in front of Samuel Lowe’s first shop near a sugar plantation in Clarendon Parish. Descendants of Nell Vera Lowe, Gilbert Lowe and Chow Woo Lowe are pictured here. Nell and Gilbert were the only two who didn’t go to China with their father. (Photo Courtesy of Madison Media Management)

Madison’s 22-year career in journalism and communications was spurred by a similar passion. “From a very young age, I can remember this overwhelming sadness, a depression, with my mother,” says Madison. “Understanding that she came from a culture where family was everything, and yet it was just the four of us – my mom, myself and my brothers – when I was growing up; that sparked something in me.” She became determined to fix this broken space in the otherwise formidable Nell Vera Lowe; so much so that it shaped the trajectory of her career. Upon starting her first job at the age of 21, she committed to becoming independently wealthy and retiring at 58 – the legal retirement age of 65 at the time minus her lucky number seven – to set about finding her mother’s family. She did both.

Jamaican and Chinese integration was not without conflict, a fact that played a prominent role in young Nell’s separation from her father when she was three years old. The only child of an affair between Lowe and her mother, Albertha Campbell, Nell was just one month older than her half-sister, Adassa. Her parents never wed. The Lowe family in China established an arranged marriage and sent Samuel’s intended to join him in Jamaica. Lowe asked Albertha that he and his new wife be allowed to raise Nell as their own along with Adassa and her brother Gilbert. This offer was met with an angry promise to take the child to the vast Jamaican countryside, assuring the Chinese shop owner he would never see her again. It was a threat upon which she made good. 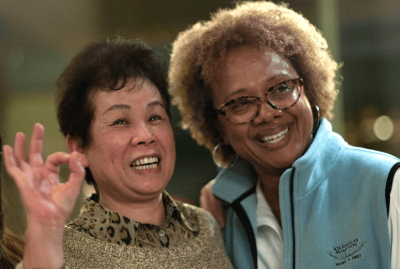 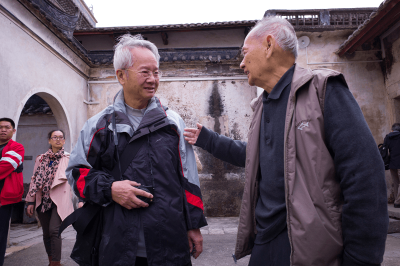 Yiu Hung Law (left) who asked the Lowe/Luo Family in China if anyone knew of Samuel Lowe; Uncle Chow Woo (right) responded “Samuel Lowe was my father.” That email ended my search for my family living in China. (Photo Courtesy of Madison Media Management)

It is customary to ask the oldest living male for the right to take on a Chinese name. Madison made that request of her Uncle Chow Woo for her mother, and he obliged. She asked for the same privilege for herself and was given the name Lowe Siu Na; translated, the given name Na means “Beautiful.” “He could have named me anything,” Madison reflects. As an African-American woman who grew up being regarded as less than, it provided a sense of honor to have her family accept her and recognize her for whom she was.

Not only did Madison find Samuel Lowe and the family her mother desperately, yet quietly, longed for, she found herself as well.

Finding Samuel Lowe can be found wherever books are sold.