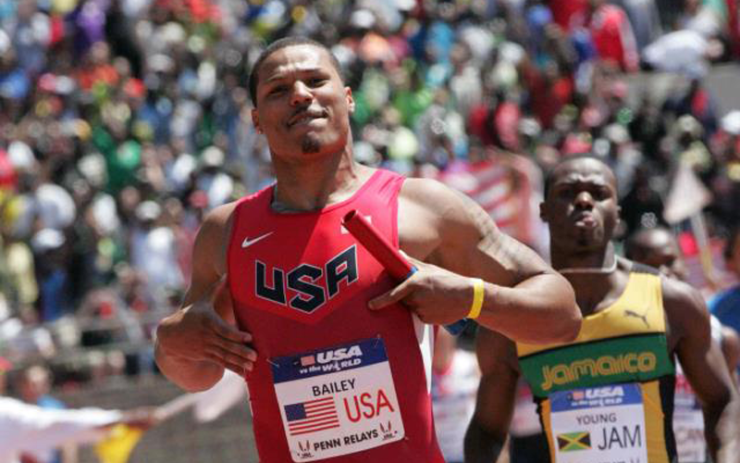 It went down, on the track and off, at the Penn Relay Carnival in Philadelphia this weekend. The 119 year-old track-and-field meet was not just a sporting event, but also an actual carnival where Caribbean-Americans came to show pride in their countries and to sample delicious treats, like the curry-based Trinidadian Roti. But make no mistake, the business commenced on the track.

It went down, on the track and off, at the Penn Relay Carnival in Philadelphia this weekend. The 119 year-old track-and-field meet was not just a sporting event, but also an actual carnival where Caribbean-Americans came to show pride in their countries and to sample delicious treats, like the curry-based Trinidadian Roti. But make no mistake, the business commenced on the track.

The crème de la crème of USA Track & Field and countries around the world came to compete. Jamaica’s Shelly-Ann Fraser-Pryce was in the house; so was the four-time Olympic gold medalist, Allyson Felix. Not competing were Carmelita Jeter and Sanya Richards-Ross, both of whom graced us with their presence, but more in high-style than substance (the two were literally sidetracked with injuries, their shiny manes flowing as they cheered their teammates on).

The United States got off to a good start when Ryan Bailey and his teammates, Mike Rodgers, Justin Gatlin and Doc Patton – who ran a blazing third leg to put it out of reach – bested the rest of the world with a modest time of 38.26. A different outcome could have been expected if Yohan Blake and Usain Bolt, both obviously missing from the runner-up Jamaican team, had been there.

On the women’s side, the “Pocket Rocket,” Jamaica’s Shelly-Ann Fraser-Pryce was not to be outdone in the USA vs. the World Women 4×100 event. Fraser-Pryce reached for the baton before her fellow anchor from the USA, Jenebah Tarmoh – though Tarmoh started her drive to the finish with slightly less curve to run than Fraser-Pryce in the outside lane. The two-time 100 meter Olympic gold medalist stayed strong, dug in, and showed why she has the hardware.

“When I got that stick, I was like this was it. There was no way I was going to let her catch me today. Because we wanted it and we got it, whewww…” is what Fraser-Pryce jubilantly told NBC’s Lewis Johnson. The Jamaican team posted a time of 42.42. While the crowd mostly focused on the battle between Fraser-Pryce and Tarmoh, there was another place-change between USA Red and USA Blue, anchored by former Texas A&M Aggie, Porscha Lucas with a time of 42.65 (1/100th of second faster than USA Red’s 42.66). Missing from the race were Jamaica’s Veronica Campbell-Brown and America’s Carmelita Jeter, who is out with a hamstring injury.

Quite possibly, the relay-race of the day was the USA vs. the World Women 4×400 event, where the Americans held on for a photo-finish, leaving 2/100th of a second between them and Great Britain. Francena McCorory – who put in a gutsy performance – anchored the US women. The Brits’ anchor, 400 meter-hurdler Perri Shakes-Drayton, accelerated and threatened to pass McCorory down the final straight-away, but, the powerful McCorory fought for the line with mental determination and the laws of physics – driving with force and constant motion to stay in 400 meter form. The US clocked in at a time of 3:22.66.

Team USA’s men also won the USA vs. the World Men 4×400 event in a time of 3:00.91. That relay team consisted of Torrin Lawrence, Bershawn Jackson, Tony McQuay, and Manteo Mitchell, who looks to have fully recovered from breaking his left fibula mid-way through the same race at the Olympic games in London last year.

The Americans won the medal count with 4 wins; Jamaica and Ethiopia, had one first-place finish each, with Ethiopia’s coming from the USA vs. the World Men’s Distance Medley event.

In a post Olympic year, the Penn Relays proves that the sport of track-and-field is as healthy as ever, with over a century of engaged fans ready for a showdown! 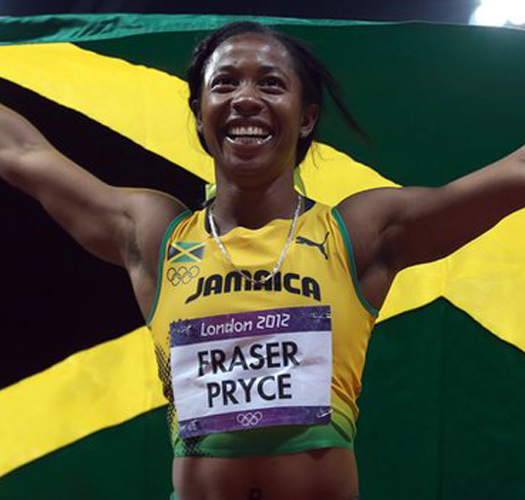