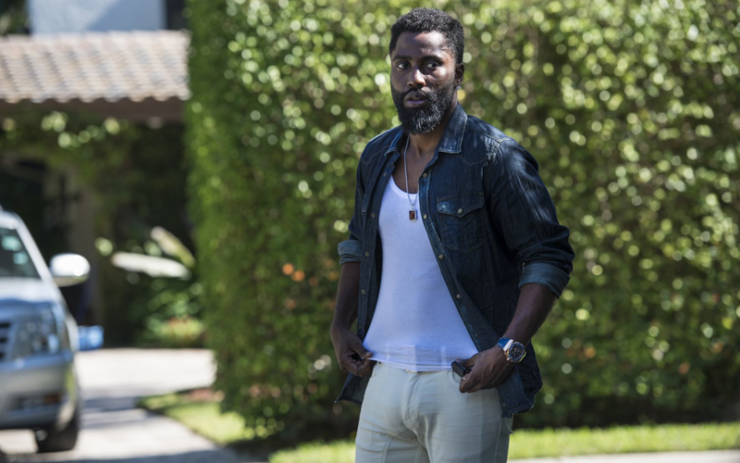 Denzel Washington’s son, John David Washington, is putting in the work to follow his Academy Award-winning father’s success on the silver screen.

John David Washington may be little-known, but it appears the young actor is on course to succeed his father, Denzel Washington, as one of Hollywood’s biggest box office money-makers. John David has had some prominent roles already, like the NFL lady-killer Ricky Jerret on HBO‘s “Ballers;” the part landed him a 2018 NAACP Image Award nomination.

The heartthrob’s latest endeavor is the narrative feature film, “Monsters and Men,” premiering this month at Sundance Film Festival. “Monsters” is one of 16 independent films competing in the U.S. Dramatic Competition at the Park City, Utah festival. The compelling film explores how three witnesses view the murder of an unarmed black man at the hands of police, a story that happens in reality all too often present-day.

Sundance’s Programming Director, Trevor Goth, told IndieWire “while [“Monsters and Men”] has no known actors, it’s really sharp, insightful storytelling.” Apparently Goth is not aware that the nascent actor is a part of Hollywood’s black royalty. But Spike Lee is awake. The “Do the Right Thing” director is filming “Black Klansmen” with John David in the lead role, playing Ron Stallworth. According to the producers of the film, “Ron Stallworth [is] the African-American police officer from Colorado [who] successfully managed to infiltrate the local Ku Klux Klan and became the head of the local chapter.”

If you’re lucky enough to have tickets to this year’s Sundance Film Festival, “Monsters and Men” has its 1st showing on January 19, 2018, 12:15 pm at Eccles Theatre.