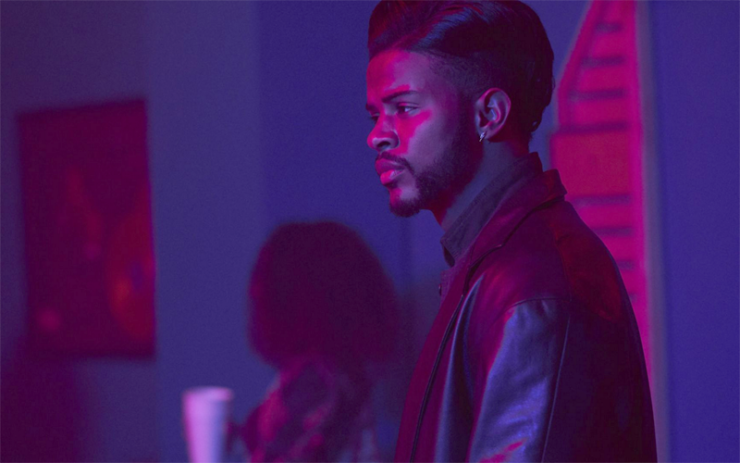 The cinematic classic, “Superfly,” is back.

In this 2018 revamp, Curtis Mayfield’s soulful, symphonic music (“Pusherman,” “Superfly”) is replaced with a thirteen record soundtrack from the rapper, Future. The visionary Gordon Parks Jr. directed the original film; this time around the visuals are entrusted to Director X, the successful rap video director responsible for Drake’s “Hotline Bling” and Kendrick Lamar’s “King Kunta” videos. But perhaps the closest, more obvious comparison to the 1972 blaxploitation flick is the lead actor in the role of Priest, played by Trevor Jackson. With the “Grown-ish” star as the title character, audiences are assured the same visually pleasing aesthetics as Ron O’Neal: good looks, great hair, and a superfly style.

Jackson told cassius.com, “We’re not trying to recreate what they already had … it was amazing, legendary; we want to leave it that way. We just wanted to put a spin on a classic story which is the American dream.”

“Superfly” tells the story of Youngblood Priest, a dealer in Atlanta, who has crafted an empire of hustlers only to be challenged by a rival gang. Like the original film, Priest is looking for one last big score with the idea of leaving the game. Think action film.

Sony Studios’ “Superfly” premieres June 13th in Miami at the 2018 American Black Film Festival and in theaters nationwide, getting a 2-day jump on a big box office weekend that includes Disney Pixar’s, “The Incredibles 2.”