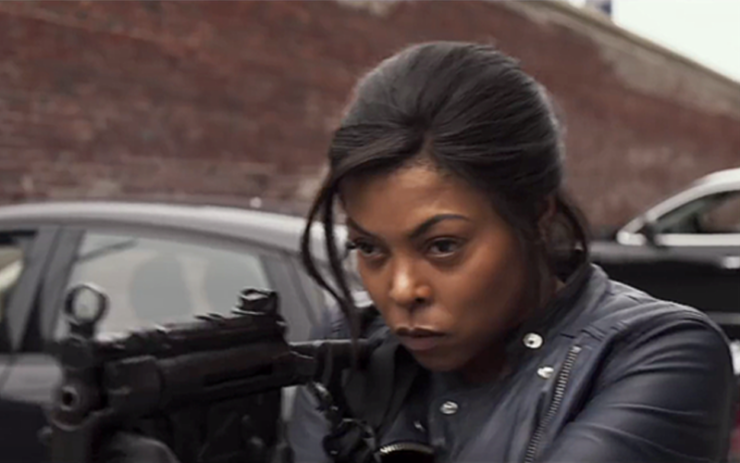 It’s peculiar saying that Taraji P. Henson’s latest film should be her breakout Hollywood film. Afterall, the Oscar-nominated actress has played some highly touted characters, spanning a NASA mathmetician in “Hidden Figures” to the fearless Cookie Lyon on Fox’s hit show, Empire. What’s different with “Proud Mary” is that Henson executive produced it and she got to play a bad-ass, Pam Grier-styled assassin. A black woman in an action flick in the new millenium? Surely this is a hit for Screen Gems, “Proud Mary’s” studio. Last July when the trailer was released the buzz was overwhelmingly positive. Indiewire wrote, “…never in a million years would the old Hollywood guard let the amazing Taraji P. Henson lead an action vehicle as a butt-kicking assassin, but it’s 2017 and we’re more than ready for this.”

It turns out, we were not ready. “Proud Mary” came in eighth, bringing in $12 million, a less than ideal showing, in its opening weekend at the box office. Compare that number to “The Post” which came in at $27 million, including $10 million earned from screenings. Sony decided not to screen “Proud Mary.”

Fans, critics, and journalist are left wondering if the studio deliberately sabotaged the motion picture. To boot, Henson is left pondering why “Proud Mary” was not promoted and made available outside of the United States. She told a group of influencers in NYC, “I wanted to sell overseas because that’s where the money is, that’s how Will Smith got to start making the big bucks. Every movie wouldn’t take me. They kept saying black movies don’t do well over there. And then Twitter hit, and I was getting all these tweets from all these different continents, and I was like, ‘Wait a minute here, you mean to tell me you know my movies in China? Somebody’s lying.’”

I hope you enjoyed my #Bevelations interview with my love @tarajiphenson aka #ProudMary she’s so inspirational & such a force to be reckoned with, I love me some her! Taraji, thank you for the wonderful video for my mom’s bday, you’re simply the BEST! Please believe we (the Smith family) will be going to see @proudmarymovie on Friday, January 12th! ❤️?✊?

READ THIS – Review: Domingo Shines as a Playwright with “DOT”

Taraji P. Henson is one of the executive producers of the film, along with Glenn S. Gainor. “Proud Mary” is now in theaters nationwide.