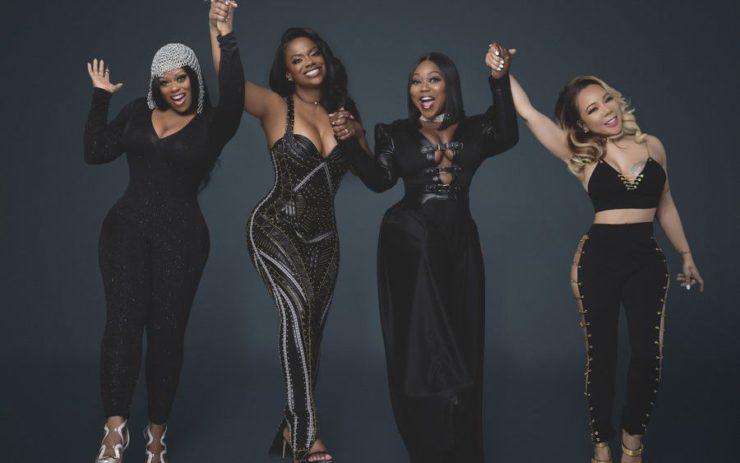 The multi-platinum girl group Xscape caused pandemonium at the Essence Music Festival this summer. It’s clear that the promoters underestimated their star power, which should have been obvious after social media responses to their throwback medley reunion at the BET Awards back in June. Apparently Mona Scott-Young believed the hype. Word on the street is that she is producing an Xscape reality show for VH-1. Initially Xscape and Scott-Young were to work together to produce a biopic. The mega group just announced they will be going on an American tour with Monica and Tamar Braxton (whose retirement from music lasted just about a week). TVB is hoping Wendy Williams gets a scoop in on all drama Xscape. The ladies from Xscape will also perform. For tour dates and tickets go to >> TheGreatXscapeTour.com.

Xscape will sit down with Wendy and perform on “The Wendy Williams Show,” Friday September 22nd

Here is the rest of TVBlack List for this week:

Wanda Sykes on “The Talk”

Lonzo Ball on “The Late Late Show with James Corden”

Damon Wayans on “The Talk,” CBS

Terrance Howard on “The View,” ABC

Miguel on “The Late Show with Stephen Colbert,” CBS

Xscape on “The Wendy Williams Show”

Sonequa Martin-Green on The Talk” CBS

Have a question for XSCAPE? Submit it in the comments and they just may answer your question in the Fan Zone on Friday after they hit the Wendy stage! #xscape